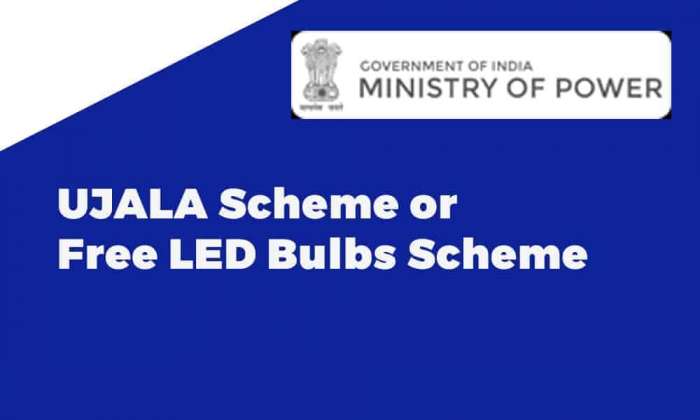 Prime Minister of India has introduced the Ujala scheme or Free LED bulbs in the first 2015 to promote efficient lighting in the country. The Ujala scheme stands for Unnat Jyoti to buy affordable LEDs for all the citizens of India. LED bulbs do not consume much electricity comparatively. Those ordinary bulbs and the Energy efficiency services limited implemented this scheme with the ministry of powers like PFC, NTPC, PowerGrid, etc. Yojana encourages citizens to use LED bulbs so that they can consume electricity. The government will distribute 20 Watts LED bulbs as well as BEE five star energy-efficient fans to all the customers. The regular tube light consumes the power of almost 40 watts, but these LED bulbs consume only 20 Watts. The people will get the tube lights in rupees 220 whose price is between Rs 400 to 600 in the market. The amount of energy-efficient fan is rupees 1200. This time save energy more than 30% of those ordinary fans.

The government will distribute two crores of LED bulbs in the next six years among the public customers.

There is some main objective for UJALA scheme, and those are:

How to get LED bulbs under UJALA scheme

If you want to get the Free LED bulbs, then you can get it from the Special counter said by the Indian government in every City.

The government will inform the availability of LED lights in the stores by the advertisement and posters.

The below documents will require during the purchase of LED bulbs:

For more information, you can visit the Ujala Portal.